Diane – “I’ve always been a member of this congregation.”

Diane is a member of the congregation at St. Mary’s Church, Frome (Church of England). In 1986, a flier for a harvest festival came through her letterbox and she has been attending regularly ever since. She worked as a science technician in the biology department of Frome College until her retirement in 2014. On the Wednesday morning I met Diane at St. Mary’s the congregation was very small, but the church is beautiful and clearly lovingly maintained.

Diane: My children were very small, and when my marriage broke down my parents were keen that we move back to Hampshire. But by this stage we were two years down the line and they were settled into schools. So I said, “They have had enough upset, let’s leave them where they are.” And we’ve stayed. The girls have now moved away and I’m still here. Always been a member of this congregation.

We were what was classed a young family when we first started coming here. There were quite a few of us who were in our early to mid-30s with children of between two and ten. That made quite a lively group of youngsters during services. Of course, the older members of the congregation weren’t so keen on that… they’d go running about and shrieking a lot, as young children are wont to do. And we had to impart some bible information at the same time – some of which went in better than the rest.

Q: Do you have a particular title at the church?

Diane: No, dogsbody. [Laughs] I am not on the rota for the Sunday morning. Perhaps I am let off because I do Wednesdays. I do the heating. And when the weather’s not so warm, it’s nice to make sure that if you’re coming in for a service it feels warmer than outside. They are very keen on eating here, so anything that involves food we will get a crowd for… no matter what kind of food. If they all came… the people on our list amounts to fifty-five. Age-wise, I’m one of the younger members, I’m afraid.

She says the children of her friends in the congregation have mostly gone to university and moved away from Frome.

Funnily enough, [of our children] – and this seems to work among clergy as well –  about half are regular attenders and believers, and the other half can’t be bothered. It’s like Brexit: it splits both ways.

A number of churches in Frome have closed during the time she’s lived there.

In a lot of cases it’s because the congregations are reducing in number and they have got buildings which are bigger than this and in a worse state and they can’t maintain them.

Q: What do you get out of attending church?

Diane: In a light-weight way, I’ve always attended church. Partly out of curiosity, I suppose. What are they doing in here? And as soon as you come through the door, they find you something to do. I’ve never had one of those Damascene moments where it suddenly struck me that “this is it”. It’s always been sort of something slow and low-key, I suppose. When it was suggested by another member of the congregation that perhaps I could be put forward for lay readership, the vicar at the time said no… and I think he was probably right. I just don’t take things seriously enough. This is the problem. I’ve got too much of a Monty Python type of mind. 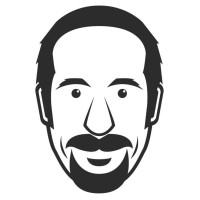 Tony McNicol Tony McNicol lives in the Somerset town of Frome, in the UK. His photos and articles have featured in many publications around the world. He spent 15 years working in Japan and translates from Japanese to English. He is Jewish, was baptised into the Church of England, but practices Buddhism.